Renewable energy is here to stay |  Jonathan Scott,
Commercial and Fuel Director of Lynemouth Power Limited on why the net zero agenda could also be the road to economic recovery.

“The demand (and need) for renewable energy has never been so great with global climate change efforts over recent years forcing a major shift away from fossil fuel use.

“Lynemouth Power has been no exception and was the first in the UK to start the mammoth, full conversion process switching operations from coal to biomass electricity production. This was hugely significant (and very successful), and the start of a new chapter for the site, its workforce, the region and the UK’s energy industry. 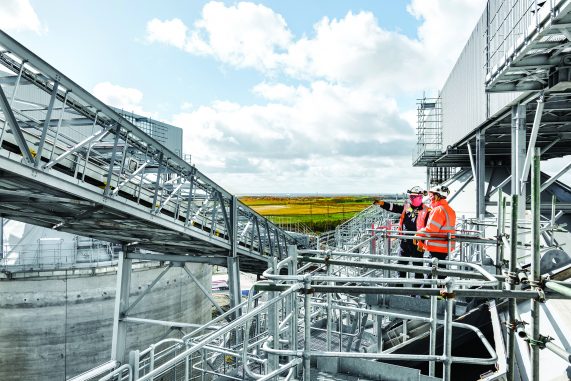 “Yet, despite the world now suffering the drastic impacts of a global pandemic, changing everyone’s lives, society’s attitudes and organisations’ operational activities, the net zero agenda is still very much alive.

“In a year that the UK hosts the UN Climate Change Conference of the Parties (COP26) in November 2021, all eyes will be on participating countries to keep maintaining and maximising efforts to significantly reduce global carbon emissions.

“Without doubt, renewable energy is here to stay, not only because of a renewed public and Government backing, but also as a very realistic and workable means of delivering economic recovery, especially in the short-term. It is already playing an integral role in creating new niche markets, trade opportunities and has the potential to deliver many thousands of ‘green’ jobs across the UK.

“Companies such as Lynemouth Power and its supply chain partners are demonstrating that targets for renewable generation (which only a few years ago were thought to be overly ambitious) are now the foundation on which a net zero carbon future can be built.

“As part of a renewable energy mix, along with the likes of wind, solar, EVs and other low carbon technologies, the UK could see a collaborative, ‘green energy boom’ with world-class companies leading the change and helping to deliver 2050 net zero targets. Even those still using fossil fuels have clear opportunities ahead of them by embracing a cleaner, more sustainable future, like at Lynemouth Power Station.

“The North East of England, in particular, is a fantastic example of how one area with a rich industrial past from mining and coalfields to steelworks and shipbuilding to name but a few, has completely reinvented itself into what many are now calling a ‘centre’ or ‘hub’ for world-leading renewable energy innovation. From Northumberland down to Teesside, the transition from fossil fuel to bioenergy and clean power generation, traditional manufacturing to advanced technology, has been immense, and one which can only continue, especially with recent announcements by Britishvolt and Dogger Bank wind farm.

“The rise in the use of bioenergy, as a replacement for fossil fuel, has been huge over the last decade and again, this has seen the creation of many new investment and employment opportunities. Biomass, such as wood pellets which are used at Lynemouth, again has created new global supply chains and strategic collaborations, many of which has generated new facilities, employment and a positive impact on the communities they serve. We ourselves have invested a substantial amount of money in creating bespoke facilities at the Port of Tyne, leading again to new green jobs being made within the supply chain whilst supporting another regional employer in its pivot to a low carbon future.

“The UK energy industry has a leading role to play on a world stage and there are many exciting projects and technologies that are currently being developed or are in their infancy. Carbon capture is a very good example where we can make real progress, and we’re now living in an era where renewable energy and low carbon solutions are rapidly becoming the norm.”